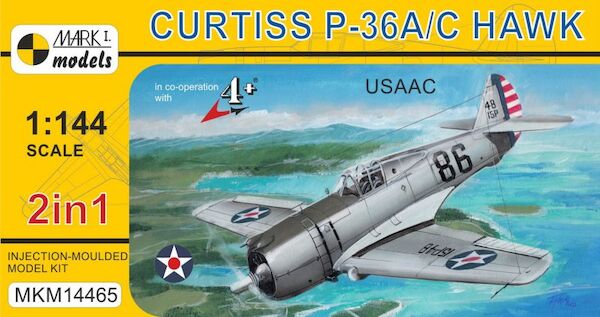 Two injection-moulded kits are supplied in this box and each kit contains 30 parts and four clear parts (the cockpit canopy, rear windows and a landing light). A comprehensive decal sheet is included.