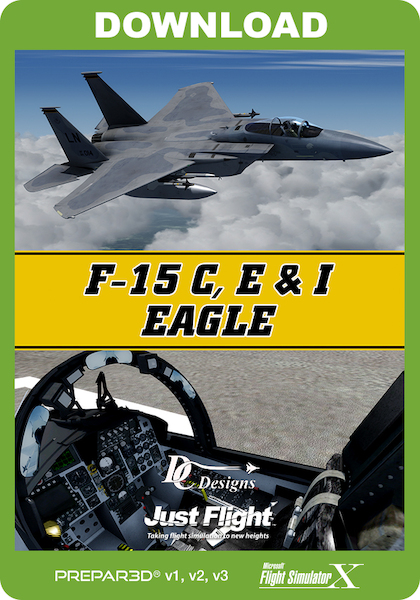 Product Information:
This is the 32-bit edition of the DC Designs F-15 Eagle collection for FSX and P3D V2/V3.
A 64-bit edition for P3D V4/V5 is also available.

This DC Designs collection for FSX and P3D V3/V4 includes accurately modelled F-15C, E and I "Ra'am" Eagles, built using extensive research materials and designed for competitive frame rates on all systems. Bump and specular mapping are used throughout the aircraft to produce a truly 3D feel.