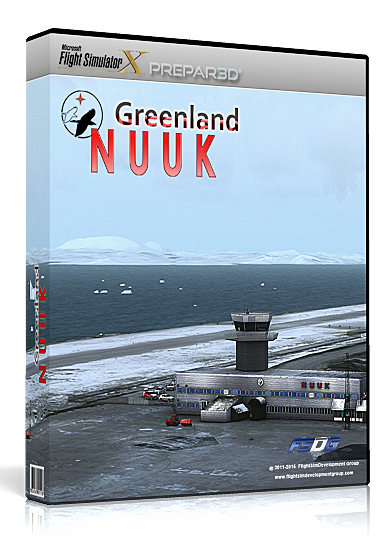 This product was added to our database on Monday 15 June 2015.

Fly to the challenging north, straight to Greenland`s Nuuk airport which offers a unique approach with exciting views of the mountainous city of Nuuk, below the glorious Northern Lights.

Nuuk is the beautiful capital, and fastest growing city in Greenland. Despite the limited population, it stands with a long history of habituation, being first occupied by ancient Paleo-Eskimo people as far back as 2200 BC. Following an un-stable past, Nuuk city has boomed during the 1950s, when Denmark began to modernize Greenland. Nowadays, Nuuk is populated by both Inuit and Danes, and currently over a third of Greenland`s total population lives in the Nuuk Greater Metropolitan area.

The airport was constructed to serve the largest town in Greenland, yet with space constraints in a mountainous area and difficult weather. While this makes it difficult to serve large airliners or flights reaching Denmark, this airport offers a unique and challenging approach with exciting views of the mountainous city Nuuk, below the glorious Northern Lights.