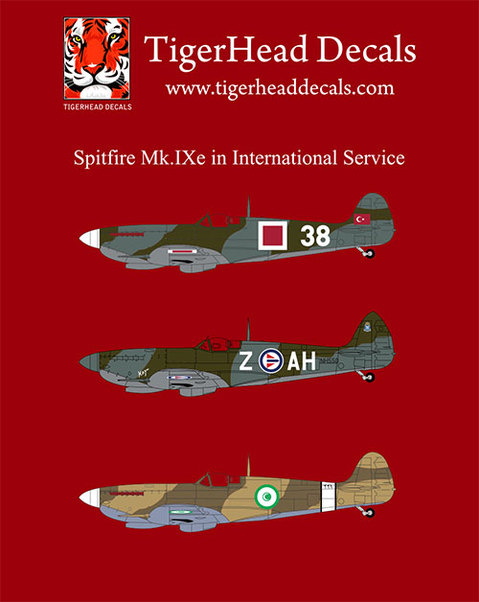 Ostorozhno! Spitfire - Spitfires in Russian Service (Tigerhead Decals 72018)
€ 9.05
EU: incl. tax € 10.95
Reduced shipping charge may be applicable depending on country of destination and contents of shopping cart. Will be shown before checkout.Add to cart

This product was added to our database on Wednesday 29 October 2014.

Along with British Hurricanes, the Soviet Air Force (voyenno-vozdushnyye sily' VVS) also managed to fly another aircraft of the Royal Air Force as a front-line fighter the Spitfire Mk. Vb. In the West this airplane is feted as the winner of the Battle of Britain, and is also a national symbol of World War II. In the skies of Russia these fighters became participants in 1943 of the bloodiest battles over the Kuban. Two front-line fighter aviation regiments of the Soviet VVS'; 57th Guards Fighter Aviation Regiment (GIAP) and 821st Fighter Aviation Regiment (IAP)
were re-equipped with the Spitfire Mk. Vb.

It was the 57th GIAP that first entered combat with the enemy in these fighters, in May 1943. Earlier the regiment was known as the 36th IAP, and was formed in Baku in 1938. Pilots flew the regiment’s first combat sortie under the command of Major Aleksandr Alekseevich Osipov on 27 November 1941 as part of the 72d Fighter Aviation Division (IAD) (later the regiment was subordinated to the 237th IAD). The regiment fought in the Southern, Crimean, and North Caucasus fronts until 15 November 1942.

It is possible to make 3 full profiles.