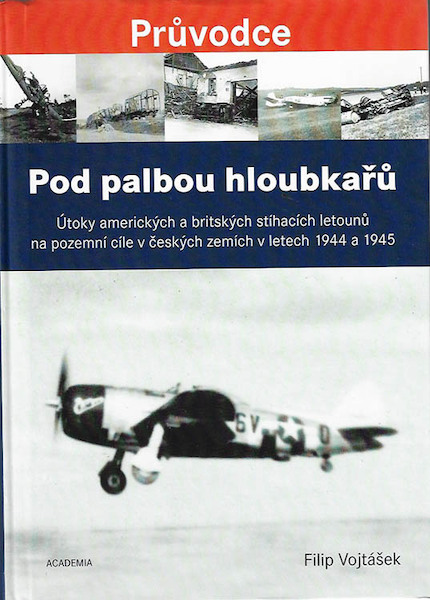 In the last months of World War II, American and, rarely, British fighter pilots (known as dredgers - from the German Tiefflieger, ie literally depth pilots) in the Czech lands attacked various ground targets - most often locomotives, but also airports, railway wagons, depots. , bridges, military and civilian cars and often on horse-drawn carriages. The book records 896 attacks by dredgers in the Czech lands in the form of a topographical list, mainly on the basis of reports from the gendarmerie and protectorate railways. The attached overview of more than 300 cases is based on the US Air Force's operational divisions at various levels, but remains unconfirmed by domestic sources. At least 1,100 people died in the attacks of dredgers - German and Hungarian soldiers, Czech and German civilians and railway workers Many interesting pictures showing the horrors of war... also menay pictures showing the current situation, kind of then and now.