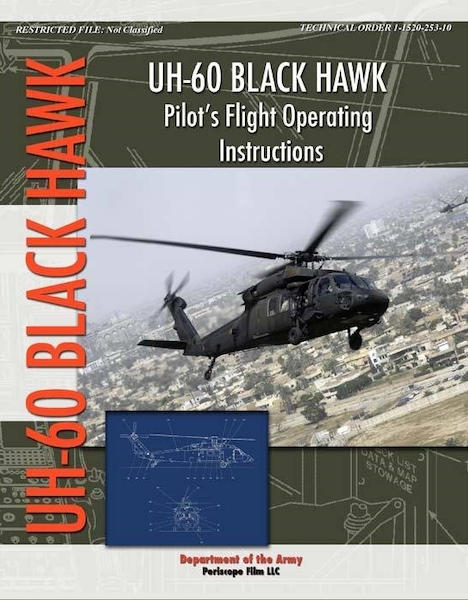 Two major variants of the Black Hawk currently exist: the UH-60L and UH-60M. The UH-60L incorporates improvements to the basic design that provide more power and lifting capability, as well as automatic flight control. The newer UH-60M features upgraded engines, improved rotor blades, and state-of-the-art flight controls that will allow the helicopter's service life to extend to 2020 and beyond. Over 2500 Black Hawks have been built, and nearly 1000 more are currently on order. Black Hawks have seen combat service for the U.S. Military in Grenada, Panama, Somalia, Afghanistan and Iraq. Other nations also employ the UH-60 including Brazil, Colombia, Israel, Mexico,Taiwan, Australia, Japan, and Turkey. Created by Sikorsky and the U.S. Army, this pilot's flight operating manual profiles the UH-60Q Black Hawk.

Over 500 pages long, this unclassified document is reprinted here in its entirety.