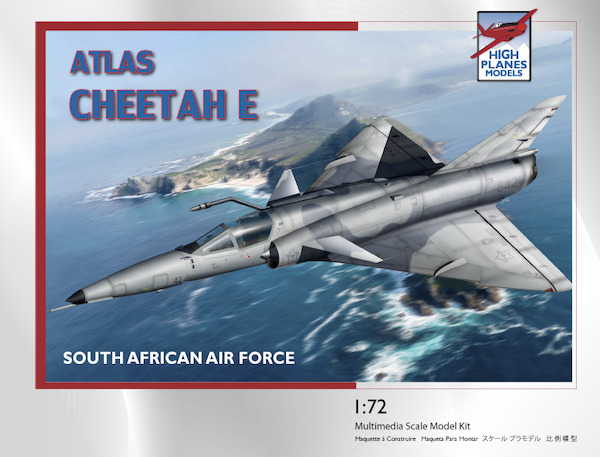 This product was added to our database on Monday 22 October 2018.

The Dassault Mirage is one of the most successful French aircraft designs of the post-war era, and an outstanding third generation jet fighter. The Mirage III prototype first flew in 1956 benefiting greatly from the work done on the experimental Fairey FD-2 Delta. It entered service with the French Air Force in 1961.

The South African Air Force (SAAF) was an early export customer for the Mirage, purchasing the IIIB, IIIC, IIID, IIIE and IIIR variants. These served well during the Border War in South West Africa (now Namibia) between 1978-1988 and in the Congo. The Mirage fleet was heading to obsolescence and the government had few options for a replacement due to anti-apartheid sanctions.

In 1981, the SAAF issued a requirement for a modernization program to improve the Mirage IIIs. With covert assistance from Israel Aircraft Industries (IAI), the local aviation company ATLAS Aircaft Corporation developed an upgrade package that included air to air refuelling capability, new avionics, flares and canards. This was based heavily on IAI's work on the Kfir program, but retained the ATAR 9C engine. The General Electric J79 used in the Kfir was embargoed.

The Cheetah E was an interim fighter for use intil the upgraded Cheetah C was available.  It served with 5 Squadron, SAAF at Air Force Base Louis Trichardt from 1987 to 1992. It was replaced in service by the SAAB Gripen. Most of the remaining airframes were sold to Chile and Ecuador.

We acknowledge the kind assistance of Piet van Schalkwyk during the preparation of the original kit planned for the High Planes limited run range, but never released.