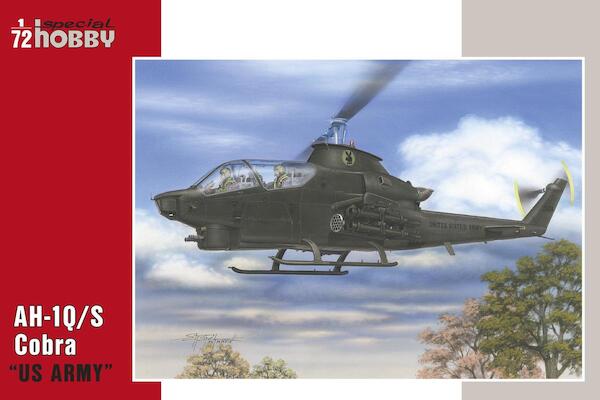 The very first version of the venerable Cobra helicopter, the AH-1G was primarily intended for army direct support. However, the Army command soon realised that dedicated anti-tank helicopters were gravely needed and thus the Q and S versions of the Cobra choppers were developed and also some of the earlier G version machines were upgraded to this new standard, although still having some components typical for the AH-1Gs. All these new versions were usualy armed with TOW guided anti-tank missiles. The kit parts come in six grey styrene sprues and exhibit splendid detail throughout, fine recessed panel lines and riveting. The clear runner contains five-part "greenhouse" of the canopy which bring the modeller possibility to display the model with either closed or open cockpit and there are also other tiny clear parts which represent for example a searchlight or gun sight. The kit also contains a set of resin parts and all of the above bring you an opportunity to build true-to-scale replica of either Q or S version of AH-1 Cobra helicopter. The decal sheet caters for five machines, there are four U.S. Army machines, two of which in Q standard and the other two in S standard and the last one is highly attractive Turkish aircraft in three-tone camouflage.