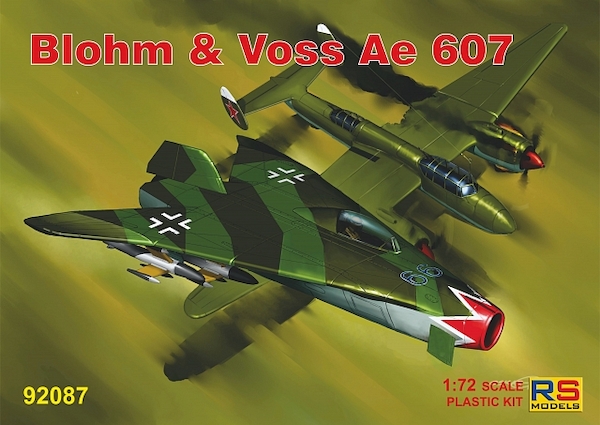 This product was added to our database on Monday 23 December 2013.

This flying wing fighter was only a study and was not included on the Project list. Because the HeS 011 jet engine was chosen as the power plant, the cockpit had to be moved off-center. The wing had a compound sweep, starting at 65 degrees and changing to 55 degrees. There were two fuel tanks, located in tandem on the starboard side of the air intake. Three MK 108 30 mm cannon were planned for the armament.

Early in 1945, a Blohm & Voss (B&V) aircraft designer called Thieme began work on Drawing Number Ae 607, within the standard drawing numbering system at B&V. His design for a jet fighter was radically different from anything that B&V had done before. A flying wing, it approximated to a 45° delta planform.

Reports of its existence were not confirmed until 2017, when the drawing was published. No Project number is recorded for the design and its intended status is unknown.