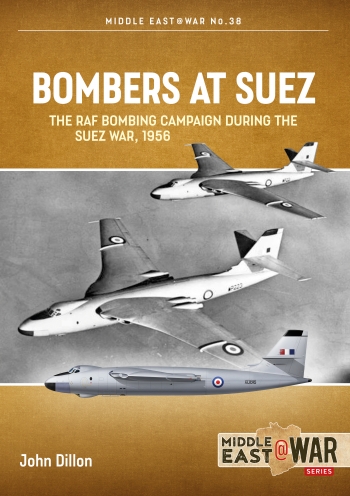 In October 1956 the British government, together with the French and Israelis, launched an attack on Egypt in response to President Nasser's nationalization of the Suez Canal. The agreement between these three governments, the Sčvres Protocol, was a low point in British diplomacy and a factor in the ending of Prime Minister Eden's political career. The military commanders had to plan for and launch Operation Musketeer, some 2,000 miles from the UK, while their political masters gave them only limited information on the arrangement made with France and Israel.

The RAF squadrons allocated to the operation came from the UK and Germany where their jet bombers, Canberras and Valiants, were intended for nuclear war against the Warsaw Pact countries rather than conventional war with Second World War bombs in a desert environment.

When Anthony Eden took the decision to launch Operation Musketeer the RAF did not have the forces required in the Mediterranean. At short notice, squadrons had to train for high level, visual bombing using techniques that would have been familiar to Lancaster crews in the Second World War. Also, the navigation aids fitted in the bombers were those required for the European theatre, not the Egyptian desert.

This account uses Cabinet Minutes, Squadron Operation Record Books, reports written by the Commander-in-Chief and personal accounts by aircrew who flew over Egypt, to detail the involvement of the RAF and is richly illustrated with photographs from the conflict and original colour artworks.