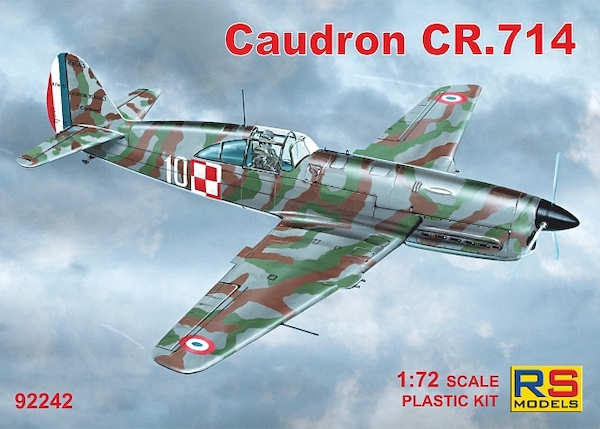 This product was added to our database on Monday 30 September 2019.

The first prototype was test flown in July 1938 and the first production machine, powered by a Renault 12R-03, was delivered in July 1939. The armament consisted of four 7,5mm MAC 1934 machine guns located in two wing gondolas.
Only GC 1-145 was equipped with the Caudron C.714. It was a unit composed of Polish pilots under French command. They fought against the Luftwaffe in spring 1940 and despite the aircraft climbing, the highly battle motivated Polish pilots scored 8 confirmed victories with an overall loss of 7 pilots. Until the fall of France, more than 60 machines were produced and several were in progress. At least one machine was tested by the Luftwaffe