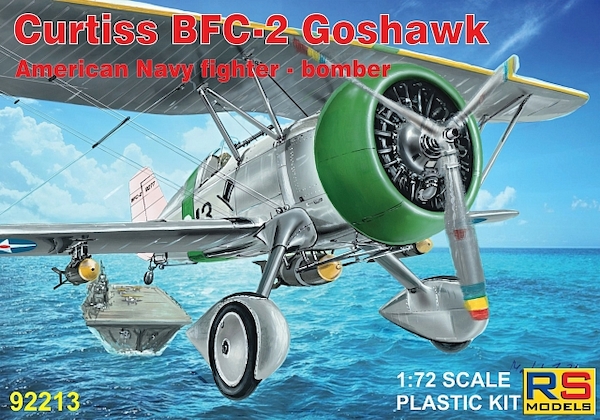 This product was added to our database on Thursday 1 february 2018.

On 16 April 1932, the US Navy ordered two prototypes of a new shipboard fighter under the designations XF11C-1 and XF11C-2, with a 700hp Wright R-1820-78 radial. The R-1820-78 Cyclone and mixed structure of the XF11C-2 found favour with the US Navy, and, on 18 October 1932, a production order was placed for 28 F11C-2s, deliveries of which began in February 1933 and were completed in the following May. The fourth aircraft on the contract was completed with a manually-retractable undercarriage as the XF11C-3, subsequently being redesignated XBF2C-1 with adoption of the "bomber-fighter" category in March 1934. Simultaneously, the F11C-2s were redesignated as BFC-2s. Armament comprised two 7.62mm Browning machine guns and a single bomb of up to 227kg or four 51kg bombs could be carried. The BFC-2 remained in US Navy service until 1938.