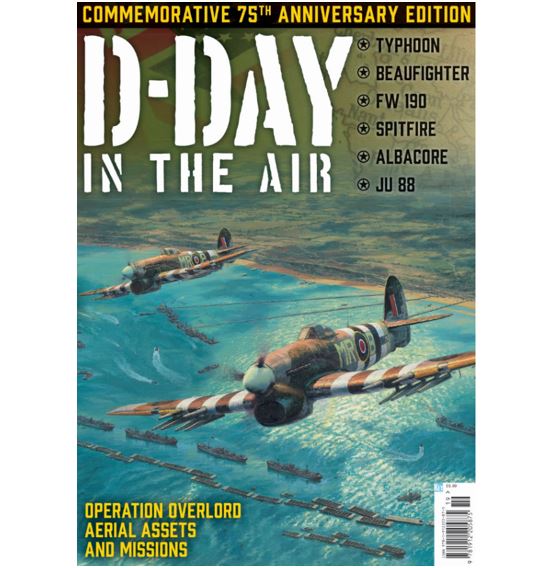 This product was added to our database on Friday 21 June 2019.

AIRBORNE ASSAULT
A major component of Operation Overlord was the force delivered by air. We detail the allied invasion plan, and the aircraft and squadrons involved.

UNCLE SAM'S GUNNERY SPOTTERS
The US Navy's only Supermarine Spitfire squadron, and the important task it fulfilled over the English Channel.

THE TRAIN BUSTERS
Cutting enemy supply and communication lines before D-Day was imperative for allied success.

BLIGHTY'S MITCHELLS
While the USAAF's North American B-25 was employed successfully in the Pacific and Mediterranean theatres, the type was flown as the Mitchell throughout the D-Day period.