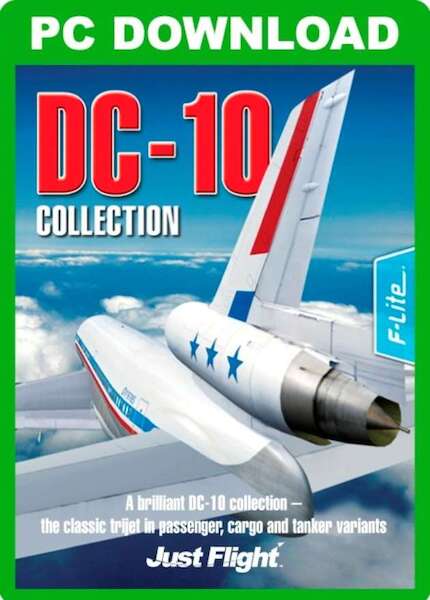 One of the first widebody airliners, the DC-10 features three engines with the centre engine positioned in the vertical tail. Hundreds are still in daily service around the globe and safely deliver both passengers and freight.

DC-10 Collection has been designed by the experts at Commercial Level Simulations to be both very high in quality but still easy to operate, providing the highest quality of model design and textures, animations and flight model characteristics at an affordable price.

The manual includes a tutorial to ensure that your flights go smoothly.

See the detailed description below for full details.

A full German manual is also available to download from the Support section.