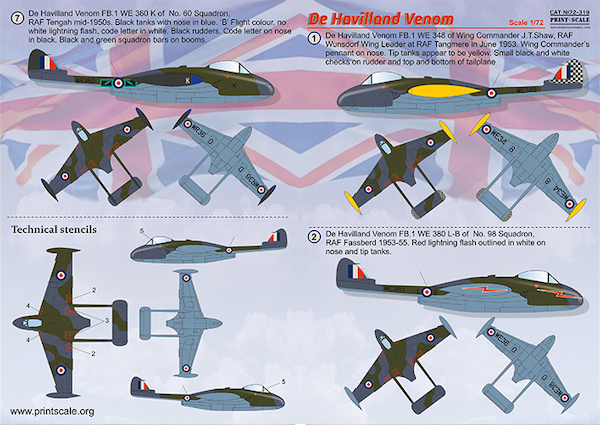 De Havilland Venom (Print Scale PRS72-319)
€ 9.05
EU: incl. tax € 10.95
Reduced shipping charge may be applicable depending on country of destination and contents of shopping cart. Will be shown before checkout.Add to cart