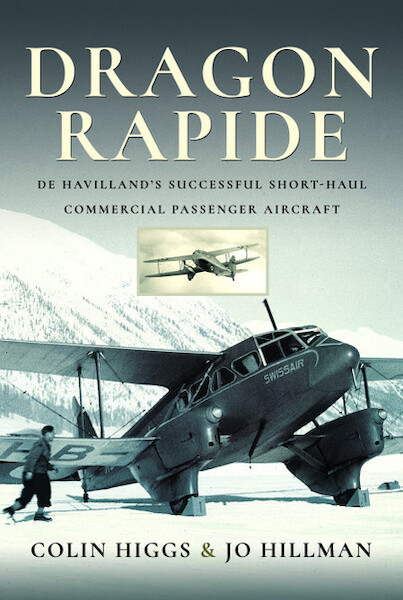 It was the early 1930s, fifteen years since the end of the First World War. Aviation was becoming more popular, but was still a rich man's hobby. In the midst of this came Geoffrey de Havilland and his aircraft company. He, and his design and engineering teams, created a line of simple, reliable and relatively cheap airliners which revolutionised air travel and were ordered in their hundreds.

The DH.89 Dragon Rapide flew for the first time in 1934. From its appearance on the drawing board the aircraft flew within a few months, announcing its arrival by competing in air races and entering commercial service. The prototype was the first of more than 700 aircraft, a huge number for a biplane commercial airliner design.

The DH.89 was operated in many parts of the world. In 1939 Rapides were requisitioned by the military who were so pleased with this reliable aircraft that they ordered 500 new ones to be built as trainers, and named the Dominie, for both the RAF and Royal Navy.

When peace returned there were huge numbers of surplus aircraft available but at this point, instead of being scrapped, they were bought up by airlines to be used again as short haul airliners for local services. Many of these services continued into the 1960s before finally being replaced. Even today, in the 21st Century, there are still many airworthy Rapides used for pleasure flying all round the world.

It is the story of this remarkable aircraft that is revealed in this unrivalled collection of archive images, the majority of which, having been drawn from private collections, have not been published before.