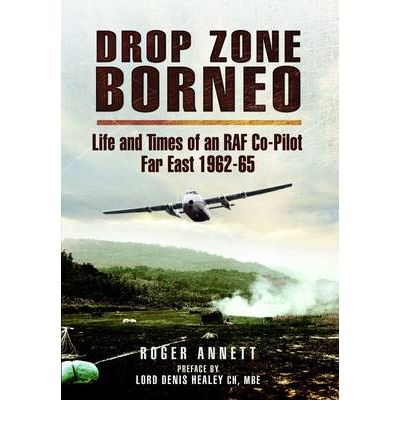 This product was added to our database on Tuesday 30 November 2010.

In 1963 the Indonesian Army that threatened Borneo numbered 330,000 men, plus three thousand Commandos. Of these, six thousand were within 20 miles of the Borneo frontier. This grew to thirteen thousand in early 1965. From mid-way through 1964, British troops and their allies who were defending the border started to make offensive incursions into Indonesian Borneo - these operations were codenamed "Claret".

Taken into account the confrontational nature of the campaign, casulaties sustained in Borneo were surprisingly light. That in the whole of the Borneo campaign there were no fatalities among the RAF supply-dropping transports was extraordinary. The border area between the Indonesian and Malaysian parts of Borneo was one of the most inaccessible areas of mountainous jungle anywhere in the world
- an entire army was kept supplied in the field for the complete campaign. This is the exciting account from a pilot who flew the dangerous flying missions and relates the tenseness and stresses of Jungle life in those dangerous days.

Roger Annett flew with 215 Squadron, co-piloting Argosy transport aircraft deep over jungle terrain from 1963 to 65. He served with the RAF from 1962 to 1967 before joining the computer industry. He lives in Buckinghamshire and has various articles published in Industrial and local magazines.