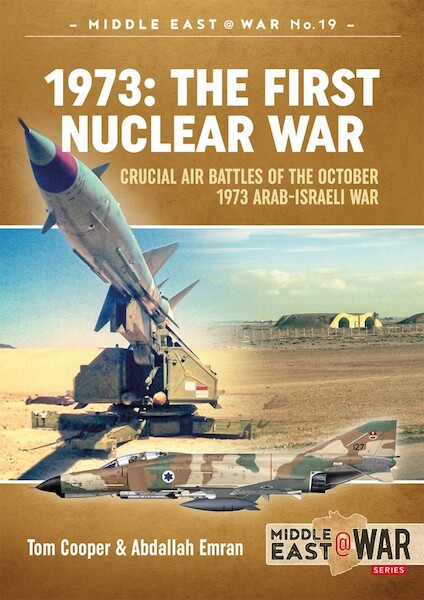 Formerly known as the 'Switzerland of the Middle East', an island of economic stability and social progress, Lebanon was shattered by a civil war that raged from 1975 until 1990. Pitting the central government against different factions and alliances of Christians, Sunni and Shi'a Moslems, leftists, and Syrian armed forces, this multifaceted conflict experienced a major escalation when Israel launched an invasion with the aim of destroying the Palestine Liberation Organisation (PLO), in 1982.

Also known as the First Lebanon War, or Operation Peace for Galilee, the Israeli enterprise was run in cooperation with Christian allies and the self-proclaimed Free Lebanon State. Except for attacking the PLO and surrounding its leadership in West Beirut, it provoked a major showdown with Syrian armed forces deployed inside Lebanon, and resulted in a series of bitter battles. Ever since, fighting on the ground and in the sky of the Beka'a Valley is a synonym for modern-day conventional air-land battle in the age of high-technology warfare.

Focusing on military-related developments, and rich in exclusive details and illustrations, 'Lebanese Civil War: Israeli Invasion, 1982' is dissecting military forces, their equipment, intention and capabilities, and their combat operations.

Lanyard with BOEING titles as 'mini-airlinebelt'

Keyholder with EL AL on both sides