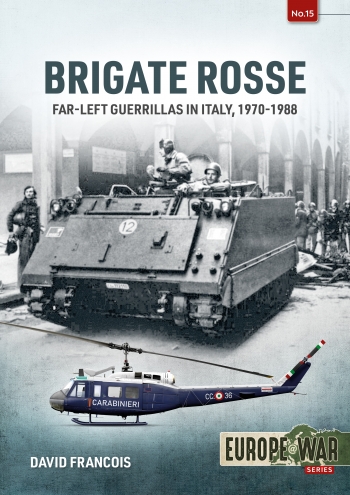 In the aftermath of the Second World War Italy had the largest communist party of any Western European nation. With the extreme left of the political spectrum barred from participation in government, industrial and political strife were commonplace in the Italy of the 1960s, frequently resulting in violent clashes between the police and left-wing activists. Lurking in the background, neo-fascists sought to stoke the flames with a series of murderous bombings designed to provoke a return to an authoritarian state.

From this grew the Brigate Rosse – the Red Brigade – organising themselves following the example of the Latin American urban guerrilla movements. The Brigate Rosse emerged in Trento in 1970, though their early activities were troubled by infighting between extremist and moderate wings of the movement.

Nevertheless, the movement spread to Rome, Genoa, and Venice by the mid-1970s, and began to diversify its activities. During the following years, it became famous for several high-profile kidnappings of judges and industrialists, the kidnapping and murder of the Italian statesman Aldo Moro in 1978, and the kidnapping of US Brigadier General James L Dozier, the Deputy Chief-of-Staff for Southern European land forces of NATO in 1981.

Such actions caused a deep rift within the movement and the loss of almost all popular support and public sympathy, while prompting an intensive investigation and prosecution by the Italian authorities. Many members were arrested and betrayed their comrades under interrogation: others were forced to flee abroad. Ultimately, the Brigate Rosse were destroyed.

Drawing upon decades of research with the help of official documentation and the recollections of participants, Brigate Rosse is a detailed study of a major armed leftist movement that shook the fundaments of the Italian state of the 1970s and the 1980s.