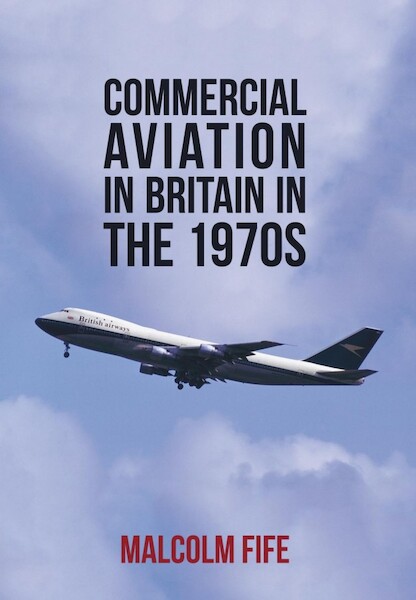 Commercial Aviation in Britain in the 1970s

This product was added to our database on Tuesday 14 November 2017.

In the decades leading up to 1970s, passenger air transport was the preserve of the well-to-do who flew on airliners driven by propellers. Over the next few years all this was about to change. The passenger air transport industry underwent a great transformation with the introduction of many innovations that established the foundations for today. The state airlines, BEA and BOAC, were merged to form British Airways in 1972. Throughout the decade they were far and away the most important operator of scheduled services in the country. To provide competition, however, the independent carrier British Caledonian was created. The first Boeing 747 jumbo jet was delivered to BOAC in 1970. This widebody airliner enabled fares to be reduced and opened up air travel to many people who could not previously afford it. Laker Airways pioneered the concept of the low cost airline. It was the only British independent airline to operate a wide-bodied jet in the form of the DC-10 until British Caledonian received two examples in 1977. Most of the other British independent airlines had to make do with a motley collection of old airliners, many of them turboprops. The charter and holiday market was the main market for a large number of these carriers. They were regular visitors to the main airports throughout Britain, particularly at weekends. There were, however, few scheduled passenger air services to foreign countries from airports other than Heathrow and Gatwick. Almost all were either flown by British Airways or a state-owned carrier from another country. Overseas independent airlines, like their British equivalents, generally only served the holiday market. In this book, Malcolm Fife uses his excellent collection of colour photographs to illustrate the airliners in commercial use that could be seen at airports during the 1970s. - See more at: https://www.amberley-books.com/commercial-aviation-in-britain-in-the-1970s.html#sthash.xAC7XSWc.dpuf