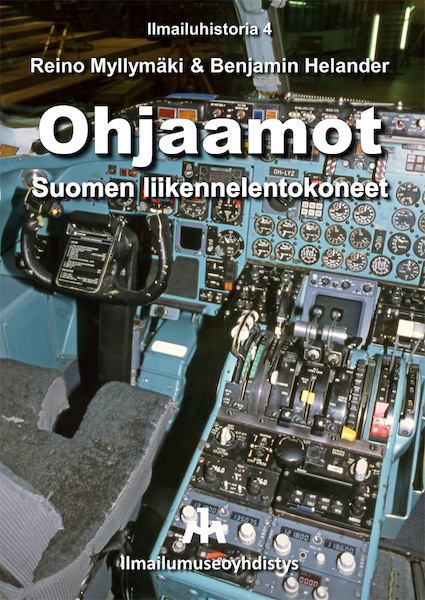 This product was added to our database on Sunday 20 June 2021.

The story of national airline Finnair began when its predecessor Aero Oy's Junkers F 13 passenger plane took off for its first scheduled flight on March 20, 1924. It will be 95 years. At first, Finnish air traffic was about keeping connections open abroad - from floats in summer and from skis in winter.

In the 1930s, the construction of an extensive network of ground airports began in Finland. We moved from floats to wheels and at the same time started domestic scheduled traffic. After the war, air travel abroad began in 1947 with Douglas DC-3 aircraft purchased from Allied surplus stocks.

In the 1950s, we took a real step in flight comfort with the introduction of the Convair 340/440 passenger cabin with a pressurized cabin, and new steps were taken in the 1960s with the Caravelle jets and in the 1970s with the Douglas DC-8, -9 and -10. Along with the development of comfort, at the same time, a development began that made air travel the safest way to travel.

The book presents the development of commercial aircraft over nearly 100 years, highlighting the most significant milestones and aircraft types, which are presented in addition to exterior images with cockpit and cabin images.

Some aircraft can be seen in Finnish aviation museums, some abroad. This book seeks to contribute to providing an opportunity to see inside the aircraft into cabs and cabins and thus serve museum guests, model builders, and otherwise only those interested in aircraft. Some machines are not visible anywhere  and are presentedwith stock images. Of course, the airplanes on display also incorporate modernity through fresh images. In addition to Aero and Finnair, aircraft from other domestic airlines will be presented.

With this book, the Aviation Museum Association celebrates the 95th anniversary of Finnair Plc's respect for aircraft restoration and conservation activities, which are a key part of the association's operations before, now and in the future.

The authors of the book are enthusiasts of aviation history from the Aviation Museum Association.