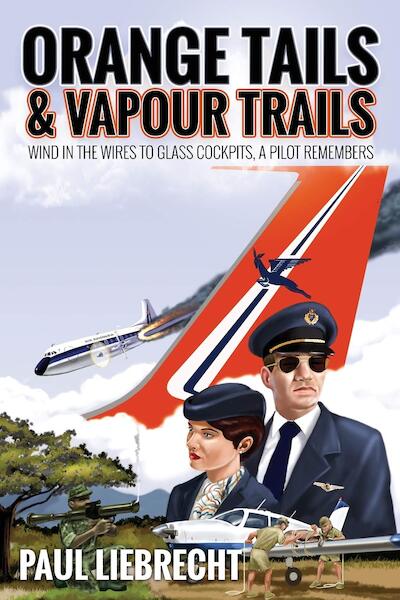 This product was added to our database on Thursday 18 february 2021.

The early years' stories include the bombing of a horse racing track with mielies (corn cobs) on race day, forced landings, and experiences in the Okavango Swamps before the birth of photographic safaris and tourism.

The book moves on to the events that took place in South West Africa (now Namibia), including the Namib Desert mines, illicit diamond buying, a mid-Atlantic ditching, a corpse that seemingly came alive in the air, and cremation ashes that accidentally ended up in a sewage farm.

With the author's acceptance into SAA, a whole raft of stories is born, spanning from the sublime to the ridiculous. The book is jam-packed with humorous stories of flying crew and the crazy situations in which they sometimes find themselves. The book introduces the reader to the airline practical jokers, the Lotharios, marital 'Floating Trophies', and a host of other unique airline characters.

On a more serious note, the book relates, from first-hand experience, the full story of SAA's only hijacking, of ground to air missiles, terrorism, the shooting down of the Air Rhodesia Viscounts, sanction busting, clandestine operations and the 'Hell run'.

The book details the bright and dark side of exotic destinations, of hurricanes in Florida, ditching exercises at sea with unexpected consequences, and the ironies of having an airline tied to the South African Railways.

A cynical look is taken at the hoops airport security make us jump through, from a pilot's point of view. A chapter is dedicated to the start of the rot that led to the disastrous situation that SAA found itself in before COVID-19. Particular attention is paid to the contribution of an American by the name of Coleman Andrews.