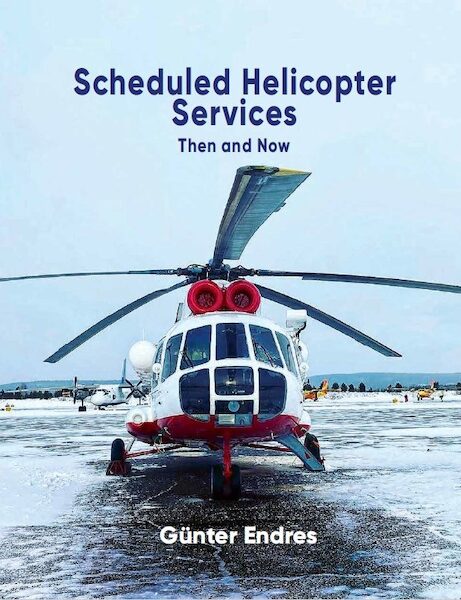 Scheduled Helicopter Services – Then and Now

This product was added to our database on Thursday 17 November 2022.

The helicopter, referred to also as rotorcraft, plays a significant role in aviation. That it is also the most versatile machine in the skies is beyond dispute. The helicopter's ability to take off and land vertically, to hover, and to fly forward, backward and laterally, enables it to operate in congested or isolated areas where the lack of runways prevents fixed-wing aircraft, even those with short take-off and landing (STOL), from performing successfully. Its multi-role capability is wide-ranging and almost without limits and covers, among many other tasks, aerial photography and filming, news gathering, air ambulance services, search and rescue, powerline and pipeline patrols, heavy lifting of construction materials both onshore and offshore, reindeer herding, livestock mustering, forestry conservation, mail transport, and delivery of supplies.

But it is the carriage of passengers that is perhaps most familiar to the general public. Many of the near 40,000 helicopters are in the skies on each day, everywhere across the global, providing on demand charters, sightseeing flights, vital connections to outlying and difficult to reach communities, or transporting workers to offshore oil and gas platforms. What is perhaps lesser known is that helicopters have also been used on scheduled passenger services in many parts of the world for the past 75 years, primarily in congested metropolitan areas, airport-to-airport connections, serving island communities, and continue to do so on a limited scale. This aspect of helicopter operations has been badly neglected in print and this book is my attempt to rectify this omission in as comprehensive a way as has been possible given the passage of time.