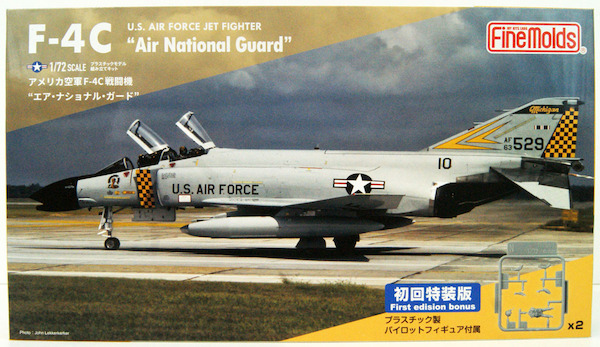 This product was added to our database on Sunday 18 April 2021.

Beautiful executed little kit! State of the art and beats Hasegawa K srs on every count except complexity!! But here you also need the Armament sets as this Phantom has no claws

The kit is made up of 150 parts in grey and clear injected plastic ; the canopies can be left open or closed. The various mods are taken into account. Three external fuel tanks are offered (centerline and wing-carried), but in terms of weaponry, only the (very nice !) pylons are provided : AIM-9s and AIM-7s are to be purchased separately in Fine Molds kit FP39. Similarly, ejection seat belts are to be found separately on set NA10.