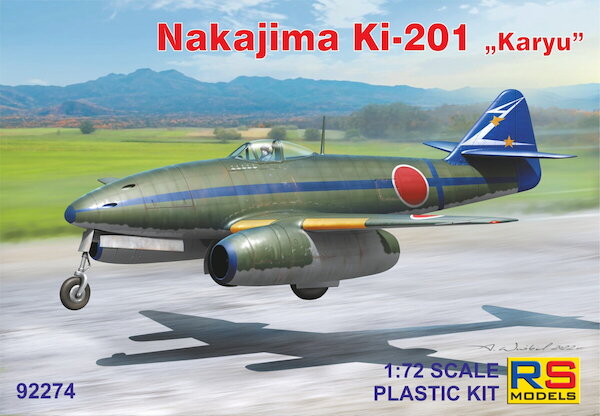 This product was added to our database on Thursday 11 August 2022.

Nakajima Ki-201 "Karyu" was a project of a Japanese jet fighter designed during the final stages of World War II, but it was never completed. Nakajima Kikka was inspired by the successful German Messerschmitt Me 262, but similarities to this aircraft were limited to the general configuration.

On the other hand, the design team led by Iwao Shibuya based Kary? much closer on the German aircraft, which proved to be quite impressive. The Ki-201 project was ordered by the Japanese Imperial Army between October and December 1944, while the army set a performance requirement for a maximum speed of 800 ~ 1000 km / h, a practical ceiling of 12,000 meters and a range of 800 ~ 1,000 km. The design was advanced by Nakajima during 1945 and the basic drawings were completed in June. Nakajima expected the completion of the first Kary? by December 1945 and the first 18 units by March 1946. Most sources agree that work on the first prototype did not begin until the time of the Japanese surrender.