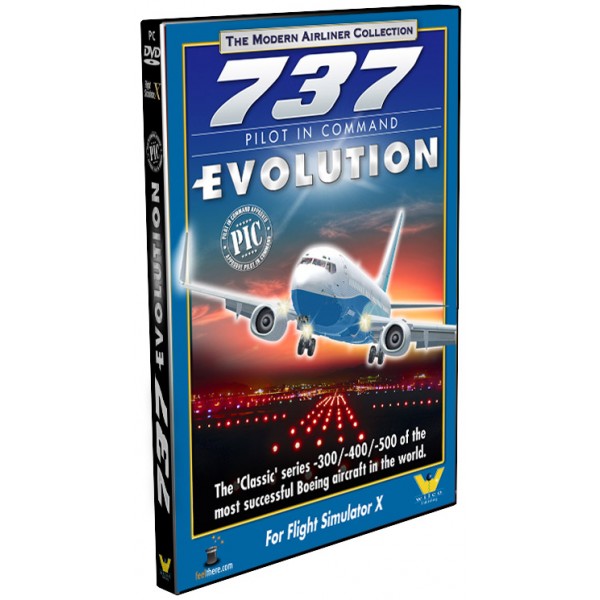 Developed by highly qualified programmers and modellers, this Flight Simulator X add-on is a major technological break-through of the famous and widely awarded 737 Pilot in Command.

737 Pilot in Command EVOLUTION is today's most advanced, most realistic, most complete Boeing 737-300/-400/-500 simulation for Microsoft Flight Simulator X.

So real, 737 Pilot in Command EVOLUTION could be used by airline pilots!

737 Pilot in Command is developed by feelThere.com and Aeroplane Heaven.

Every aspect of 737PIC Evolution has been completely modelled and coded to produce a fantastically detailed, highly authentic simulation of this important 737 series.