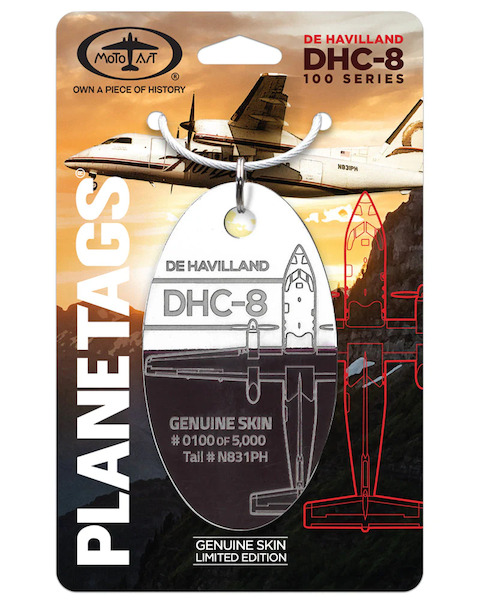 The Dash 8 family is a series of twin turboprop aircraft, first developed by De Havilland Canada in 1983, and later by Bombardier Aerospace. They were designed to operate from smaller regional airports, including short unpaved runways in more remote communities. That, along with their versatility in many situations and lower operating costs, made them a favorite of short haul regional carriers. The Dash 8's unmistakable appearance, with its wings and horizontal stabilizers placed high above the fuselage, also lend to its economical performance. The DHC-8-102A variant, which entered service in 1986, carried 37 to 39 passengers and an increased 34,500 lb take-off weight. 299 8-100s were built, with some still in use today performing a variety of jobs in regional and cargo operations, firefighting and evacuations, patrols, and even one serving as a hybrid-electric propulsion testbed. N831PH, built as a DHC-8-102A, rolled out of De Havilland Canada's Downsview, Toronto, Ontario plant in May 1992. Later that month, it was delivered to Horizon Air and christened "The Great City of Billings". '831 flew for Horizon until 2001, when it was withdrawn from service and stored for many years. Eventually, it was partially dismantled and sold for parts, before making its way to the École nationale d'aérotechnique, the largest college-level institution for aviation technology in Canada, where it was used as a ground instructional airframe. In 2022 MotoArt had the honor of adding N831PH to our ever expanding aircraft encyclopedia. Our De Havilland Canada DHC-8-100 PlaneTags are available now on our website and on the PlaneTags app. Add a Dash 8 to your personal fleet today. If It's Not Boeing Pin

Pillow with print of Antonov AN-225 Mriya 'Dream plane'