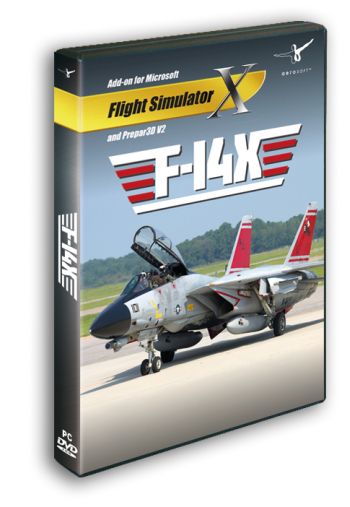 This product was added to our database on Monday 8 December 2014.

When the F-14 Extended entered fleet service, there was a noticeable shift in political power projection. Carriers of the US navy had always been important elements of political influence, but their engagements came with a high cost. The F-14 on the other hand, seemed invincible. It had combined the roles of two specialist aircraft, the F-4 and F6D, and presented a significant step forward in each capacity.

Fifteen seconds was all that was needed to reverse a guns solution with an F-4 on its tail. A radar so powerful that it could burn through jamming signals emitted by other combat aircraft while guiding a missile that fell from 100,000ft at Mach 5.

The United States had, since the Korean War, favored decreasing the quantity of deployed units while increasing their sophistication and effectiveness. The F-14 was one of the first aircraft that fully embodied this theory, and it reigned supreme over the seas. There was no other aircraft that came close its ability to strike beyond visual range. If F-14`s were patrolling, the carriers were safe and the US could venture into regions that were previously inaccessible. Dictators were suddenly looking out of their seaside palaces knowing a carrier was just over the horizon. These carriers and their new air wings created an era of force projection where the outcome of political events could be influenced without a combat engagement.

The Aerosoft F-14 X was designed with two principle objectives. The first was to create an authentic and detailed representation about what it was like to fly the early model F-14`s and the refinements made over the first 20 years of the airframe`s service life. The second was to create an accessible simulation for all users. While many of the advanced systems will require you to RTFM to operate effectively, anyone can be in the air within seconds of loading the sim (well maybe a little longer if you`re setting up a carrier launch). While failure logic, such as engine compressor stalls are included, they will not become active and take out an engine unless you enable the feature.

The only thing you can`t simplify are the flight mechanics. Not a single tester or developer was un-challenged when attempting to trap this bird. But, the physics are consistent and based on real world data. As you learn why the F-14 does or does not respond the way you think it should, your intuition of flight mechanics will be become more sophisticated. Simply put, if you learn to fly this aircraft with a serious perspective, you will become a better pilot.

Final word. One of the defining aspects of this project has been an almost unyielding sense of collaboration from outside development houses, retired military personnel, and a group of dedicated F-14 fanatics that have been willing to advise and test over many long hours to make this a project a reality. Thank you and salute!

Keep in mind this is a high complexity add-on, intended for experienced users.

* Please note that many of the features (carrier operations etc.) are only usable for users of FSX Gold, FSX Acceleration and Prepar3D. These functions will not work on FSX SP2 (that’s the original released FSX with the two Service Packs).