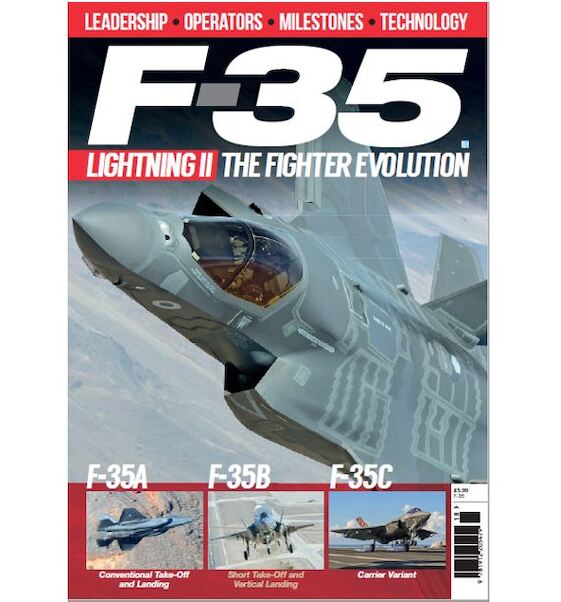 This product was added to our database on Wednesday 25 july 2018.

Share this product
Also in this series:
9781912205479Key PublishingBooks on aviation
Product description

Many of those associated with Lockheed Martin F-35 Lightning II programme have referred to this revolutionary fighter aircraft as a game changer. This 100-page special from the team behind Combat Aircraft magazine details the F-35's journey to date.

UK LIGHTNING FORCE: 'DAMBUSTERS' RETURN HOMEOn June 6, the British Lightning programme took a major step forward as No 617 Squadron 'Dambusters' brought its first aircraft back to RAF Marham, Norfolk.TEST REVIEW: A TEST OF CHARACTERThe F-35 accomplished the final developmental test flight of the System Development and Demonstration (SDD) phase of the programme on April 11, 2018.  It marked the culmination of the initial major phase of testing, and represents one of the most significant milestones to date.
PLUS: In-depth reviews of the F-35 in service with the US Air Force, the US Marine Corps and the US Navy.