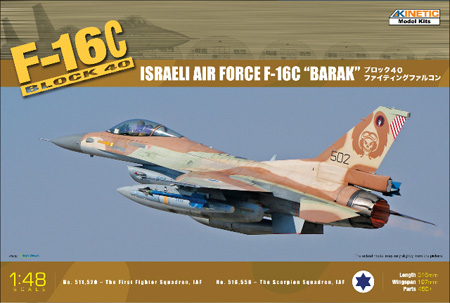 This product was added to our database on Tuesday 3 March 2009.

Israeli F-16Cs have extensive local modifications, with different avionics fits and higher gross weight than USAF F-16C. The maximum all-up weight of an Israeli F-16 is 48,000 pounds, whereas the weight of a USAF Block 40 F-16C is 42,300 pounds. The additional weight requires changes in the landing gear and the use of new wheels. The third batch of F-16Cs is installed with Elta's EL/L-8240 ECM, an internally mounted self-protection ECM, in replacing of Lockheed Martin Defense Systems (LMDS) AN/ALQ-178 Rapport III internal ECM. F-16Cs appear to have larger navigation lights mountings on the intake, which might be used to house electronics. As IAF F-16C were received as a substitute for the cancelled Lavi Project, all are fitted with Elisra's Israeli ECM systems and Elbit's flight management computers.