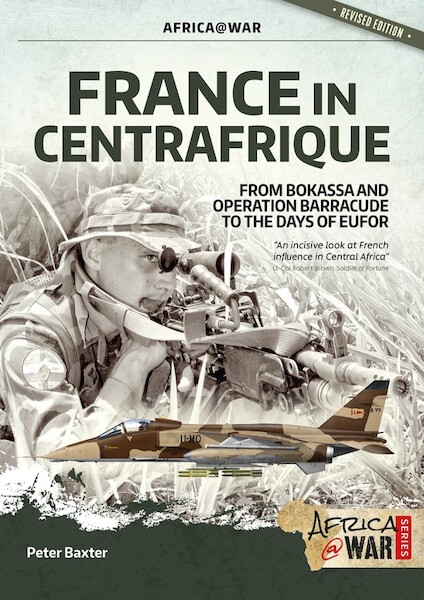 France in Centrafrique explores the early colonial and post-colonial history of French Equatorial Africa with a particular emphasis on the role of the Central African Republic in the Second World War and the Free French Movement. One of the key figures to emerge from this period, and a man who would shape the modern destiny of the Central African Republic, was Jean-Bédel Bokassa. Bokassa served alongside the Free French under General Charles de Gaulle and later in the metropolitan French military as an NCO in Indo-China. The narrative traces his ascent from these humble beginnings to his position as one of the region's most notorious dictators, exploring both his excesses of violence and personal aggrandizement and the role played by France and the wide-reaching Foccart intelligence network in his rise and fall. Baxter examines the past and present relationship of France with her erstwhile African colonial possessions, giving substance to the cause and effect of the many French interventions and the play of various individual personalities, both French and African, and how this has affected the current complexion of the region and its ongoing relationship with France. The book traces the overt and covert French military actions in the region, the rise of internal violence and insecurity and the increasing involvement of the international community in the series of coups and counter-coups that characterized the 1990s and the new century. Featured are Operation Barracuda, Operations Almandin I, II and II, Operation Boali and the various regional, international and European regional interventions.

"Africa@War is a ground-breaking series concept, studying Africa's conflicts and military players in an informative and entertaining manner, examining some of the lesser-known campaigns and shedding new light on some of the better-known operations … great models of what the combination of authors and publishers can produce by way of useable case studies for the market place in a concise illustrated format.  They are recommended as professional military education references."  Charles D. Melson, Chief Historian, U.S. Marine Corps