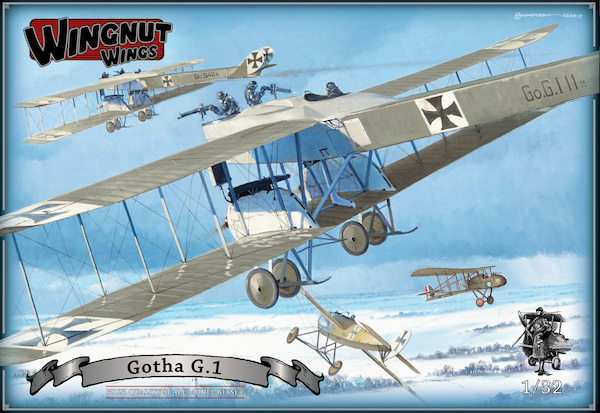 This product was added to our database on Thursday 25 july 2019.

The extraordinary Gotha G.1 design of 1915 was the first in a line of famous twin engine bombers built by Gotha in the First World War. The high position of the partially armour plated fuselage offered great visibility and effective fire positions for the gunner(s) but very little protection to the 3 man crew in the event of a nose over crash. The G.1 was initially conceived as a heavily armed fighter but was very quickly re-assigned to bombing duties and began the famous association of Gotha with First World War bombers.