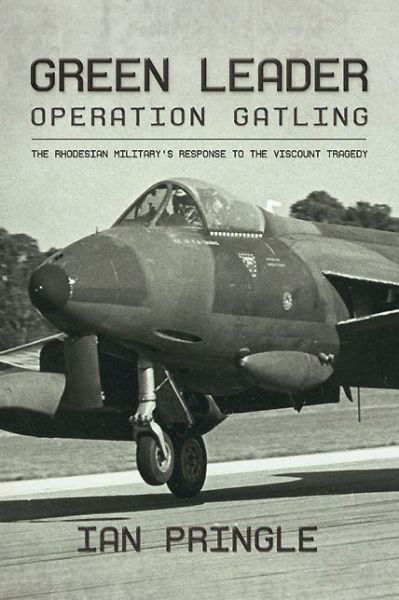 This product was added to our database on Tuesday 28 july 2015.

Product description
On 3 September 1978, a Russian-supplied heat-seeking missile shot down an Air Rhodesia Viscount civilian airliner shortly after it took off from the lakeside holiday resort of Kariba in the Zambezi Valley. Miraculously, 18 people, including small children, survived the crash only for most of them to be gunned down in cold blood shortly after the crash by terrorists loyal to the Zimbabwe African People’s Union (ZAPU) leader Joshua Nkomo.

Just days before the plane was shot down, the Rhodesian leader, Ian Smith, had met secretly with Nkomo for discussions, brokered by Britain, Zambia and Nigeria. However, this event dramatically changed the political landscape and wrecked a plan by the British government to mould an alliance between Smith and the Ndebele leader Nkomo, and smoothed the path for the Shona leader Robert Mugabe to become the first leader of Zimbabwe.

In this fascinating two-part account, Ian Pringle (author of Dingo Firestorm), describes the Viscount tragedy and the military response. He uses exclusive interviews with two survivors of the crash and the massacre, and with the first person to arrive at the horrendous crash scene (commanding officer of the Rhodesian SAS Regiment), as well as accounts from other key witnesses, to recreate the tragic event. He describes the white-hot anger felt by the small white community in Rhodesia, who howled for revenge and demanded martial law and total war.

The Rhodesian military responded with Operation Gatling, a risky three-phased revenge attack on Nkomo’s guerilla bases and infrastructure in Zambia. The prime target was Nkomo’s military headquarters on the outskirts of Lusaka, the Zambian capital. The author uses a cockpit voice recording from the lead Canberra bomber, and exclusive interviews with the lead navigator and pilots involved in the raid to tell a fascinating, authentic and gripping story of the audacious attack, which became known as the Green Leader Raid.

On the same day as Green Leader, two more bases in Zambia were attacked using air power and elite paratroops and helitroops in a well-honed tactic known as vertical envelopment. Pringle uses his own experience as a jet and helicopter pilot, and skydiver, as well as top-secret documents and interviews with key personnel involved in Operation Gatling to recreate a gripping account of Rhodesia’s first large-scale attacks on Zambia. He describes the aftermath, another tragedy and a reprisal attack in Angola, which brought southern Africa to the very brink of a full-scale regional war.

Green Leader is an exciting recreation of a calamitous time in southern African history.