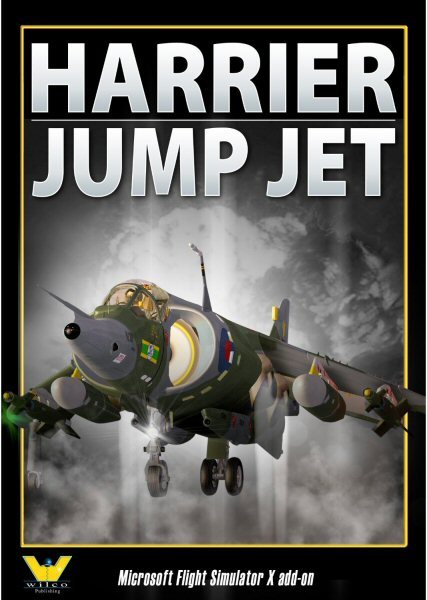 Background :
The first Harrier took to the air in October 1961.

The unique vectored thrust engine and nozzle arrangement remained basically unchanged throughout the life of the type right through to the final versions.

The first production types were designated GR1 and were delivered to RAF squadrons as attack fighter-bombers in mid-1967. The Royal Navy was also interested in the Harrier and ordered a special sea-going version called the Sea-Harrier FRS1 or more commonly, “SHAR”. Basically a GR1/3, the FRS1 differed in that it had a conventional pointed nose with concealed radar and as such is a cleaner design in that area.

The GR3 is the first of the type to see combat action and flew with the RAF partnering Royal Navy FRS1s during the Falklands conflict of 1982.

The Harrier went on to be adopted by the US Navy and Air Force and was continually upgraded with very sophisticated avionics and weapons systems and designated AV8-A. Two-seat trainers were also built and later models were bought by the Spanish Navy.

Recently retired from active service in the UK, the Harrier must surely take its place in aviation history as one of the great aircraft advances of the modern age.

•A unique flight model has been developed for this aircraft which allows highly realistic simulation of the vertical takeoff and landing VTOL characteristics of the Harrier. Even the famous “airshow bow” can be replicated!
•Like the real Harrier, an "autoSTOL" lever has been added. It presets the nozzles to a predetermined angle for an automatic selection of different settings : VTOL, VSTOL STOL and conventional takeoff and landing. No longer do the pilots have to select a setting for the nozzles (although they can if they wish). This brings an incredible manoeuvrability, just like the real thing!
•VTOL,STOL and conventional flights can be carried out with complete authenticity thanks to brand new programming technology replicating the exact auto nozzle/flap settings. No other simulation technique can replicate this as accurately!
•The flight dynamics are true to type and require skill to master. This Harrier simulation is demanding yet very rewarding!
•An authentic sound set is included.
•Special effects include exhaust smoke which changes with nozzle position and ground effect effects to make the visuals highly realistic.
•Cannon gun effect, firable from the cockpit, for the ADEN cannon pods.
Liveries