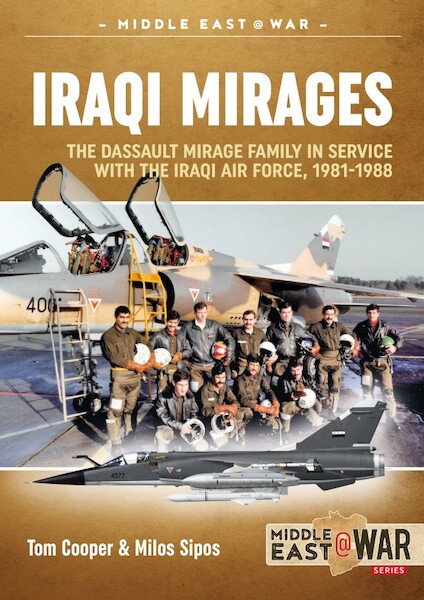 Originally envisaged as a privately funded project for a possible future NATO-fighter, the Dassault Mirage F.1 evolved into one of the most aesthetically attractive and commercially most successful combat aircraft of the 1970s and 1980s. Developed into more than a dozen of different variants and sub-variants – each of them custom-tailored to requirements of air forces that flew it – it also became a type that saw intensive combat service in numerous wars on no less than three different continents. Iraq became the biggest export customer for Mirage F.1. One way or the other, the Iraqi Air Force significantly contributed – and financed – the further development of this type, but also influenced research and development of a number of further systems that followed in its wake – most of which eventually found their way into operational service in France. While the Mirage F.1 has attracted at least some coverage in English language publications, its acquisition and combat deployment by Iraq still remains a topic with not a few controversies. The purpose of this volume is to redress the balance and provide an in-depth insight into the acquisition process, development and equipment of custom-tailored variants made for Iraq, training of Iraqi personnel on the type, and its combat deployment during wars against Iran, 1980-1988, and against the US-led, so-called Gulf Coalition, in 1991 and afterwards. Originally envisaged and acquired as a 'pure' interceptor, before long the Mirage F.1 in Iraqi service proved a highly capable multi-role platform aircraft, and was widely deployed not only for ground attack but also anti-shipping purposes, as an aerial tanker, and for delivering long-range pin-point attacks. Illustrated with over 120 photographs and many colour profiles, this book provides a unique, single point of reference on camouflage, markings, and armament configurations of Mirage F.1s in Iraqi service.