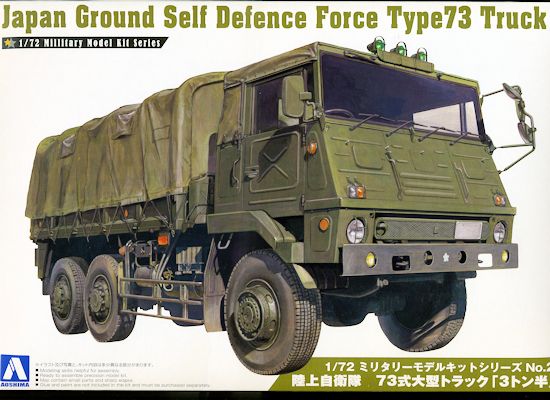 This product was added to our database on Monday 29 December 2014.

The SKW (6 × 6) 3,500 kg truck was developed by Isuzu from the late 1960s to replace the range of 2,500 kg (6 × 6) trucks then used by the Japanese Self-Defence Forces. After trials and modifications it was standardised in 1973 as the Type 73 large truck series and since then it has been produced in large numbers for the JGSDF.The original SKW440 series was followed by the 1989-introduced SKW464 series, this then followed by the 1999-introduced SKW475 series. Production continues and it is anticipated that the latest SKW475 series will ultimately replace the earlier SKW440 and (more numerous) SKW464 series trucks.