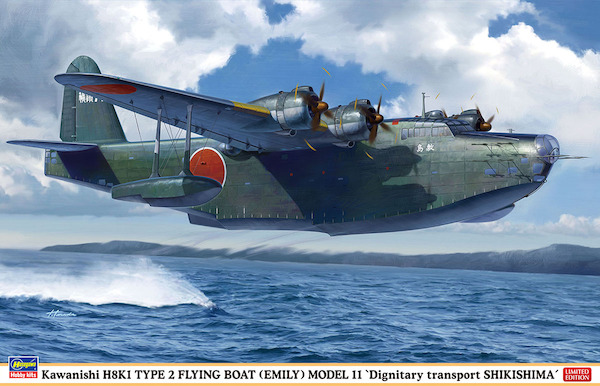 This product was added to our database on Thursday 13 September 2018.

- Masterpiece large flying boat the two formulas large boat, and then the product of a complete new mold based on the latest historical research.
- Kits, support parts which also serves as a partition wall in the hull, such as to prepare the 1/32 airplane series similar support parts to the main wing, is the definitive edition of Hasegawa new standard specification that achieves the ease of assembly and strength.
- Reproduce the internal structure that looks like the cockpit, from the outside.
- Wave hold-down device (commonly known as dried bonito) is accurately reproduced in separate parts, the shape.
- 1/72 scale crew figure number included. (Sculpted: Takeichiro Mr.) captain, positive / copilot, Musenshi, engineer, front gunner, top gunner, tail gun hand, etc