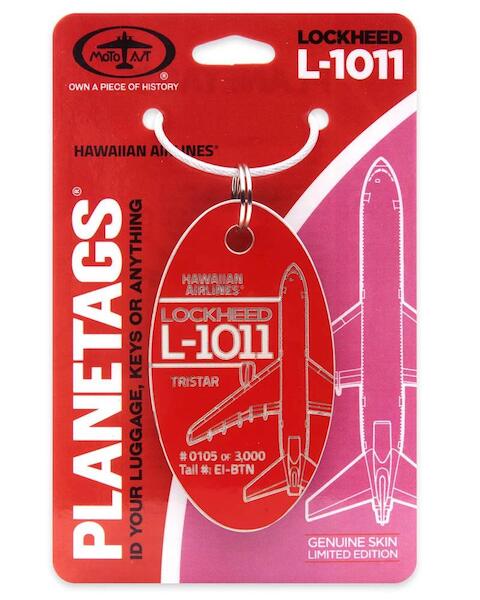 This product was added to our database on Monday 19 October 2020. TROPICAL LUXURY AMONG THE CLOUDS
SHARING ALOHA SINCE 1929

Introduced first as Inter-Island Airways in 1929 with a fleet of only two 8-seater Sikorsky S-38s and a Bellanca monoplane, Hawaiian Airlines« slowly grew from island transport to Transpacific operations, flying from Oakland to Honolulu in a record setting 13 hours, 54 minutes in 1941. The Lockheed L-1011 TriStar, known affectionately as "El Ten Eleven", joined the Hawaiian fleet in 1985, opening up service to West Coast gateway cities and putting the airline in direct competition with the major US carriers for the first time in its history. The iconic Hawaiian Airlines logo and livery have also evolved over the years. The Iiwi bird was added in 1952, later replaced with the jetbird. In 1973, Pualani, Flower of the Sky, was unveiled to celebrate the airline's change to an all jet airline, becoming one of the first female icons on the tail of a commercial plane. Updates to Pualani in 2001 and 2017 have featured her more prominently and added touches to show the hibiscus and wind in her hair. Over the years, she has become a beloved symbol of the aloha spirit and a gracious island welcome, underscoring the commitment to providing hospitable, premium service.

THE HUNT FOR AVIATION HISTORYĀ When MotoArt owner Dave Hall discovered our "El Ten Eleven" he knew he had to have it for the PlaneTags collection. "The L-1011 was such a great plane with such an amazing appreciation for it," says Hall. "We're always asked if we can offer L-1011 PlaneTags. What makes this one extra special is that it's Hawaiian Airlines. Their history and the beauty of their logo and livery make this one of our favorites." Our L-1011 began its journey as N702DA, in service for Delta Air Lines from October 25, 1973. On December 15, 1973 it flew Delta's first revenue L-1011 flight from Atlanta to Philadelphia with 39 passengers aboard. It served with Delta until 1984 then went to Total Air as N702TT for two years. She then went to Air America from 1986 through 1987, changing registration once again to EI-BTN. She spent her final years in the Hawaiian Airlines fleet before retiring. She was scrapped at Mojave Air and Space Port.

CAPTURING THE SPIRIT OF THE TROPICS Each PlaneTag has been handcrafted to capture the striking colors of the Hawaiian Airlines livery. Choose your PlaneTag to highlight your favorite color combination, or collect all 5 to complete the series ¢ featuring Hibiscus Red, Pualani Pink, white, white/Hibiscus Red, and white/Pualani Pink. This is a limited edition PlaneTag, so claim your L-1011 before they're gone for good.
Ā