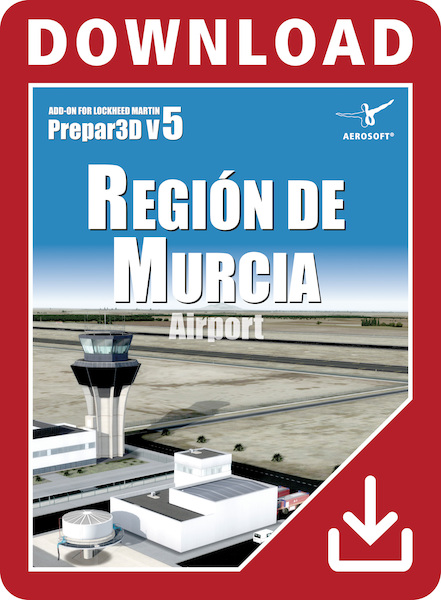 This product was added to our database on Friday 11 June 2021.

The scenery includes an accurate rendition of Región de Murcia LEMI Airport and surroundings. It covers all buildings on the airport in great detail, including the terminal with modeled interior, static vehicles, cars, static people and much more.

While performance was optimized, numerous effects such as rain on runways and taxiway with water puddles, animated wigs-wags, realistic shadows and light rendering dynamic lights were realized to bring the airport to life.