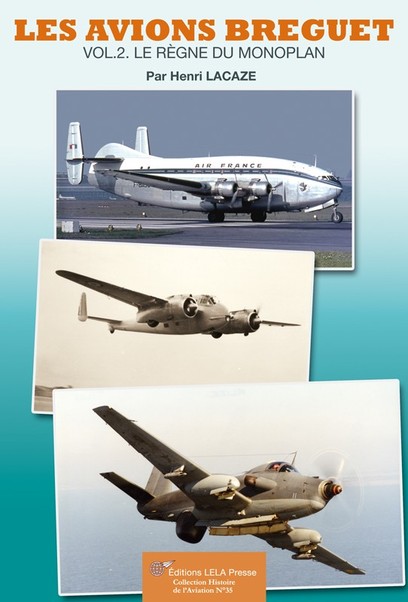 This product was added to our database on Friday 1 April 2016.

The chief engineer Vullierme was replaced by Georges Ricard (it will Recase the helicopter subsidiary), Louis Breguet is carried away by modernity and after 1933 did create monoplane bomber, transport and support, while continuing early with biplanes Bizerte seaplanes. Its plants, nationalized but replaced by those acquired Latécočre, identified after the bombings of the war, are home to a high-quality design office whose versatility extends glider to the helicopter, transport (the Two Bridges ) at the Naval Air (Alize) and some other areas to discover in this tome. Breguet exploring the new path of the wing blown. Weakened financially, the Company demonstrated great technical qualities (Jaguar, Atlantic, Alphajets) and diplomatic (in the management of cooperative programs). Always impecunious resumed by Dassault in 1971, in which it melts gradually. This second volume, the area of the central part was handled by Cuny and Leyvastre in a book now out of print, renewed by the text and the illustration image of this pillar of French aviation heritage.
830 photos and maps of 350 pages.