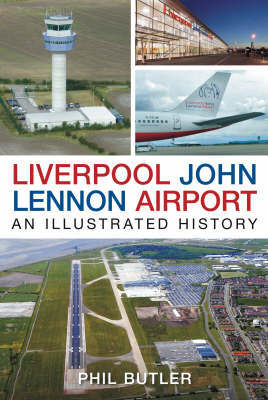 This product was added to our database on Monday 23 March 2009.

Liverpool's strong links with aviation developed during the First World War, with many local firms becoming involved in aircraft contruction. Commercial flying really began at Liverpool when a municipal aerodrome was established at Speke. The airport played an extensive role during the Second World War and an RAF station was established to serve the 611 (West Lancashire) Squadron of Auxiliary air Force. The area was also the base for several 'shadow' factories under the management of Rootes Sectrities Ltd, producing Blenheims and Halifaxes.

From the airport's opening in July 1933 through to recent developments, including the official renaming as 'Liverpool John Lennon Airport', the opening of the new terminal building and the current expansion plans, this updated, detailed history recounts the story of one of the north-west's major airports. This new edition features further colour pictures and thirty-two pages of new extra material, documenting recent changes and bringing the story up to date, including airline and air route developments from 2004-07 and material relating to the company's Master Plan, published in 2006.

Phil Butler has written many aviation articles for publications including Air-Britain's Digest and Aeromilitaria journals.