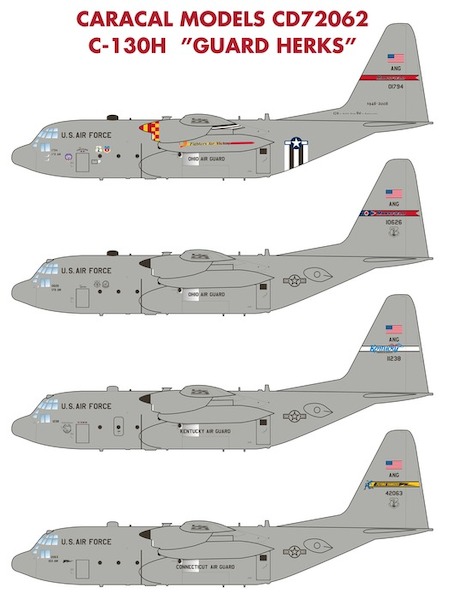 Lockheed C130H Hercules "Guard Herks" (Caracal models CD72062)
€ 12.36
EU: incl. tax € 14.95
Reduced shipping charge may be applicable depending on country of destination and contents of shopping cart. Will be shown before checkout.Add to cart

This product was added to our database on Friday 3 November 2017.

The aircraft featured on this sheet are:

We recommend the use of resin nacelle and sponson correction sets by Attack Squadron. These sets correct the seriously underscaled (C-130A type) nacelles provided in the Italeri kit.

The nacelle markings for the Ohio anniversary scheme were designed for the Attack Squadron parts and will not fit the unmodified kit parts.