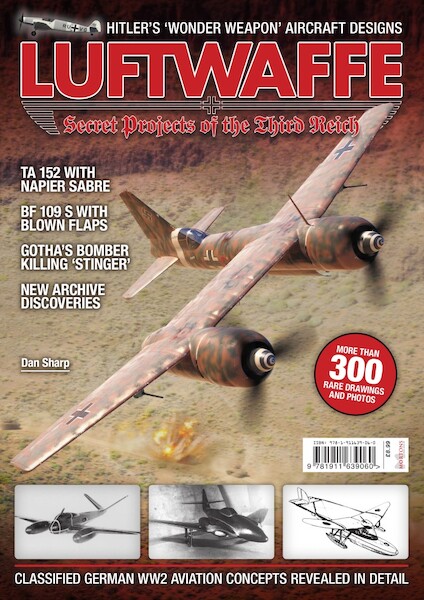 This product was added to our database on Wednesday 14 August 2019.

Hundreds of thousands of classified documents were captured from Germany's aircraft manufacturers and aviation ministry at the end of the Second World War, including details of 'secret project' aircraft designs created by firms such as Arado, Gotha, Blohm & Voss, Messerschmitt and Focke-Wulf.

Hundreds of original and previously unseen documents have been used to compile this unrivalled look at some of Germany's least-known Second World War project designs, featuring a host of new and period drawings, illustrations and photographs.

Dan Sharp has worked as a professional writer, journalist and editor since 1998. He studied history at the University of Liverpool and later began researching primary source material as a hobby. His historical work to date has focused on German 'secret projects' of the Second World War and British Space Projects of the 1960s. He lives in Nottinghamshire with his wife and two children.