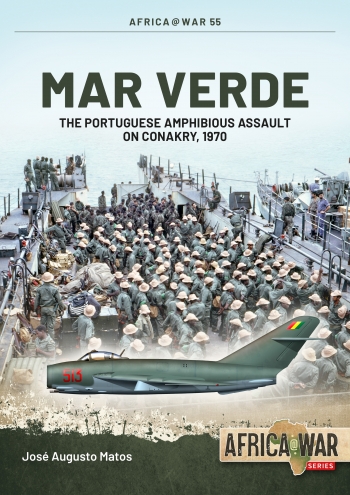 In the early hours of 22 November 1970, six Portuguese warships surrounded Conakry, the capital of the Republic of Guinea, on the West African coast. Taking advantage of the darkness of the night, a military force landed on the northern and southern coasts of the sleeping city. At the head of these men was a young Portuguese marine officer, Commander Alpoim Calvăo, who had been appointed to command this secret operation, codenamed Green Sea - Mar Verde in Portuguese.

The main objective of the invasion was to promote a coup d'état in the former French colony and overthrow the regime of President Sékou Touré, who supported the guerrillas of the PAIGC (African Party for the Independence of Guinea and Cape Verde), who were fighting for the independence of Portuguese Guinea.

The invaders also sought to destroy the naval resources that the guerrillas and the Guinean navy had in the port of Conakry, capture the leader of the party, Amilcar Cabral, and rescue a group of Portuguese soldiers held in a PAIGC prison.

The incursion would not have the expected success concerning the coup d'état, and Portugal would be condemned by international organizations for the invasion of a sovereign state, but this operation would remain in the memory of many as the most daring carried out during the colonial war in Africa, although the Portuguese regime never recognised its involvement.

Mar Verde is the first detailed English-language account of this controversial operation and is richly illustrated with a wide range of contemporary photographs and a number of original colour artworks.