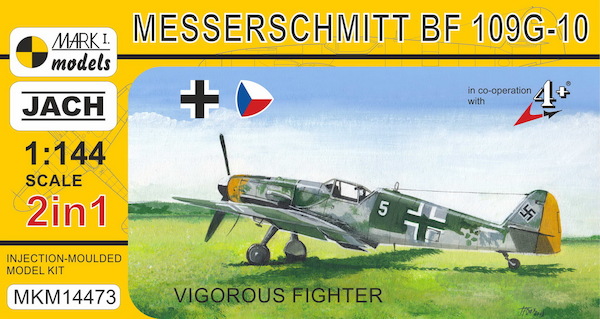 After the war, a small batch of 21 Avia C-10 fighters (later designated the S-99) were completed to serve with the Czechoslovak Air Force and Police Air Force.

Two injection-moulded kits are supplied in this box and each kit contains 27 parts and one clear part (the cockpit canopy). A comprehensive decal sheet is included.