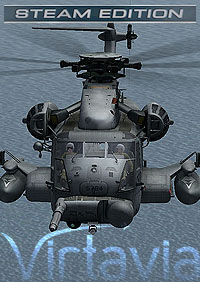 The MH-53J has evolved from a long line of search and rescue Stallions, a comprehensive suite of electronics allows the aircraft to avoid terrian, misiles and even aircraft threats, counter measures enhance the survivability of this rugged work horse. fitted with refueling prodes the PAVE LOW helicopters have a vast range and there strength often sees then completing tasks in weather which no other airframe can perform. PAVE LOWs were involved in JUST CAUSE ( the liberation of PANAMA ), Desert Storm, Monrovia and Bosnia, manily in the rescue role but also in special forces insertion and extractions.

ONE model and ONE livery (Lo-vis gray)