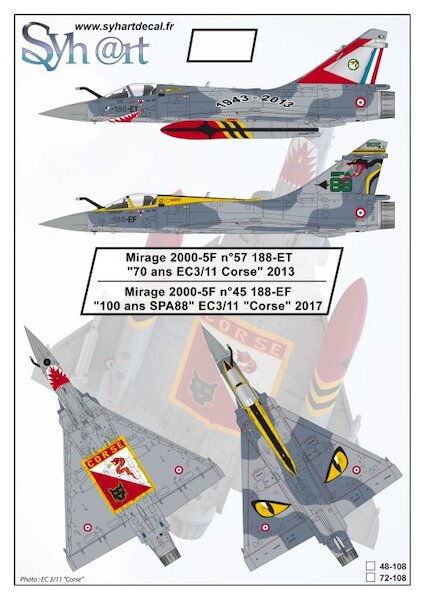 This product was added to our database on Sunday 31 May 2020.

Please Note: This set of decals contains the decoration decals for both planes, but only a single set of safety markings ("stencils"). You can purchase a second set stencils (ref : Syhart72-919) to model both aircraft.