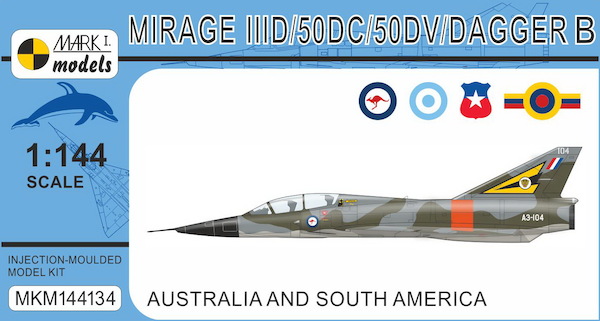 This product was added to our database on Thursday 14 April 2022.

The Mirage III jet fighter was developed by the French Avions Marcel Dassault company and its prototype flew in 1956. Regarded as a versatile second-generation fighter, it was the first Western European aircraft to exceed Mach 2 in level flight. The first major production model, the Mirage IIIC, took off in October 1960. A total of 95 were built for the French Air Force, with which it remained in service until 1988. A single aeroplane of this variant was also sold to Switzerland, while a total of 36 modified a/c, known as the Mirage IIIS, were constructed under licence by Federal Aircraft Works F+W.