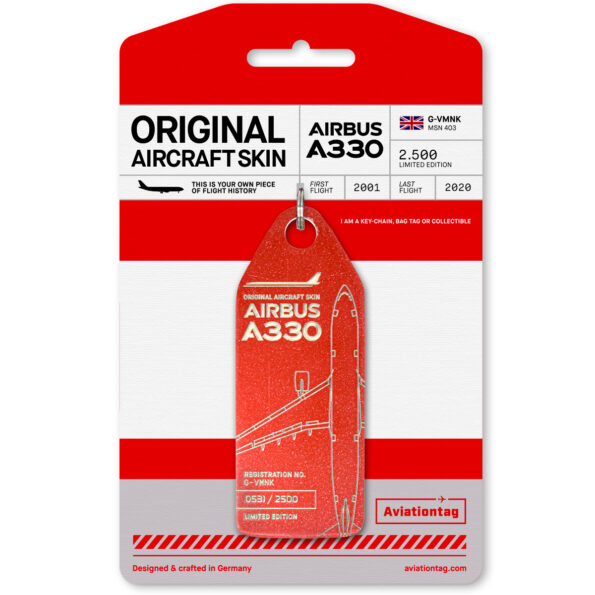 This product was added to our database on Monday 22 August 2022.

Although the new arrival we are announcing today last bore the British registration G-VMNK of Virgin Atlantic, in Germany it is better known as D-ALPA. The Airbus A330-223 sporting MSN 403 joined German charter carrier LTU in May 2001, making its maiden flight on the route Düsseldorf-Toronto.

Following LTU's takeover by Air Berlin, in 2009 D-ALPA was repainted in Abu Dhabi in the Air Berlin livery design, having flown to Dubai in LTU livery for the last time the day before. After Air Berlin filed for insolvency on 15 August 2017, the A330's last flight was from San Francisco to Düsseldorf on 15 October 2017.

Sporting the English registration G-VMNK, the plane was then transferred from Frankfurt-Hahn to Manchester on 2 January 2018, where it was repainted in Virgin Atlantic Airways livery and given the name "Daydream Believer".

After chalking up some 90,000 flying hours and more than 13,000 take-offs, the Airbus A330 G-VMNK was then transferred to its old home base in Düsseldorf, where it was dismantled in the noise protection hangar in February and March 2022.

We are thrilled to be able to offer an Aviationtag series that boasts two legends of German aviation at once, LTU and Air Berlin – and the fantastic Virgin Atlantic livery as the icing on the cake.