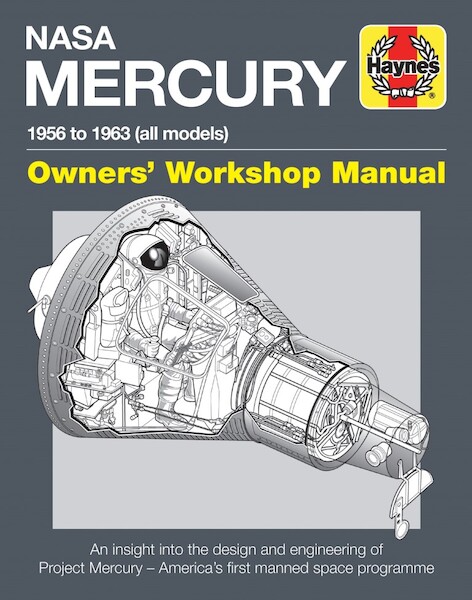 This product was added to our database on Monday 15 May 2017.

Share this product
Also in this series:
9781785210648HaynesBooks on aviation / Spacecraft
Product description

The NASA Mercury programme bridged the gap between the hypersonic X-15 and the two-man Gemini spacecraft, which in turn led to the Apollo spacecraft. This Manual completes the Haynes Workshop manual series of US and Russian piloted space vehicles. The Mercury programme began in 1958, with the goal of putting a man into Earth orbit and returning him safely, ideally before the Soviet Union. Seven astronauts were selected to train for spaceflights on the Mercury programme, and they became known as the Mercury Seven. A number of unmanned flights were made prior to the first manned flight, a sub-orbital flight in May 1961, that put US astronaut Alan Shephard in space, before John Glen became the first American to reach Earth orbit in February 1962. The NASA Mercury Owners' Workshop Manual provides in-depth engineering insight, and tells the story of the hardware, the missions and the men behind Project Mercury.
Author: Dr. David Baker worked with NASA on the Gemini, Apollo and Shuttle programmes between 1965 and 1990. He has written more than 80 books on spaceflight technology> He is the author of 10 Haynes Manuals, including NASA Space Shuttle Manual, International Space Station Manual, NASA Mars Rovers Manual, Apollo 13 Manual, Soyuz Manual, Rocket Manual, Hubble Space Telescope Manual and US Spy Satellites Manual, with more to follow. He lives in East Sussex.